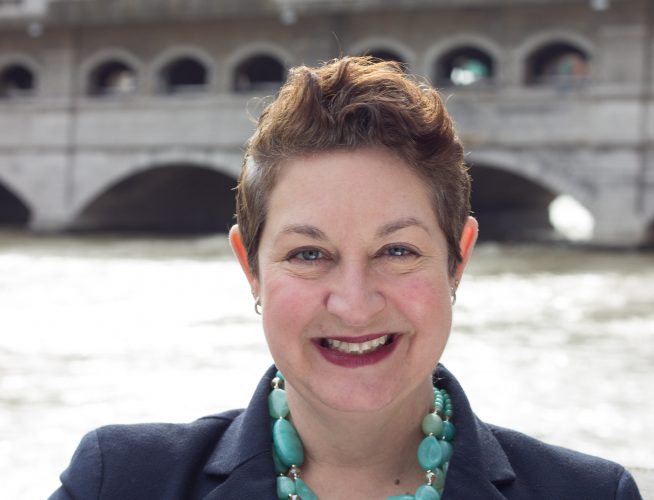 Amy Schwartz-Wallace is a Senior Attorney with the Empire Justice Center in Rochester where she has overseen their Domestic Violence Unit for over a decade. She provides legal training and technical assistance to civil legal services attorneys, domestic violence programs and other agencies and organizations statewide. Amy coordinates a multi-year, statewide grant through the NYS Division of Criminal Justice Services where she provides legal training and technical assistance around the intersection of intimate partner violence and LGBT communities. Amy also successfully litigated several impact litigation cases on behalf of victims of intimate partner violence, most notably the Third Department’s 2010 & 2011 decisions in Dickerson v. Thompson which affirmed access to a New York Supreme Court for equitable dissolution of out-of-state civil unions. The Dickerson rulings have since been widely cited in New York, other states, as well as to 2nd Circuit and the United States Supreme Court. Amy engages in policy analysis and legislative advocacy, and her advocacy has directly resulted in numerous law, regulation, and policy changes on local, state, and national levels. Amy has also supervised Empire Justice Center’s LGBT Law Project and Crime Victims Legal Network Project since their respective inceptions. From 2006-2008, Amy also served as an Adjunct Law Professor at Syracuse University College of Law where she taught an upper-level course on domestic violence law.

Amy is the author of numerous publications including, Important Identity Change Precedent Created By New York Courts for Domestic Violence Victims and their Children in the compendium VIOLENCE AGAINST WOMEN: VICTIMS AND ABUSERS, LEGAL ISSUES, INTERVENTIONS AND TREATMENT (Joan Zorza, ed., Civic Research Institute 2006) and DOMESTIC VIOLENCE REPORT, Volume 9, No. 4 (June/July 2004). With Sharon Stapel, she co-authored the chapter, Public Assistance and Housing: Helping Survivors Navigate Difficult Systems in the First Department’s LAWYER’S MANUAL ON DOMESTIC VIOLENCE: REPRESENTING THE VICTIM (2015 ed,, 2006 and 2004 eds.). With state agency, the New York State Office for the Prevention of Domestic Violence, Amy co-authored their 2013 GUIDING PRINCIPLES FOR COMMUNITY DOMESTIC VIOLENCE POLICY. This multi-disciplinary statewide tool assists communities with creating and updating comprehensive, responsive policies for cases involving domestic violence.
Amy is a proud recipient of several awards recognizing her legal work. In 2015, she was the first recipient of the Ally Windsor Howell Champion of Diversity Award given by the Greater Rochester Association for Women Attorneys. She was also the first recipient of RESOLVE’s 2014 Resolutionary Award, recognizing those who demonstrate vision, leadership and determination toward ending and preventing violence against women in our community. In addition, Amy also had the honor of being recognized with the Up and Coming Attorney Award by the DAILY RECORD legal newspaper in 2007, as well as their Leaders in Law Award in 2010.

Among her many community activities, Amy serves on the Board of Trustees for the Monroe County Bar Association (MCBA) and is a former President of the Greater Rochester Association for Women Attorneys (GRAWA). In 2014, she helped to found, and is now currently a member of, the MCBA’s LGBT Committee. She is also a member of Women’s Bar Association of New York’s new LGBT Committee. Amy served as Statewide Co-Chair of WBASNY’s Domestic Violence Committee (2005-2008, 2011-2015) and their Access to Justice Committee (2010-2011). She also co-founded the Domestic Violence Committee for the Greater Rochester Association of Women Attorneys in 2003 and has served as its co-chair for many years.

Amy Schwartz-Wallace received her Bachelor of Arts from Drew University in Madison, New Jersey and her law degree from the State University of New York at Buffalo School of Law.