Sour Grapes and Doughnuts: Big Changes at the CFPB (And Why It Matters to You) 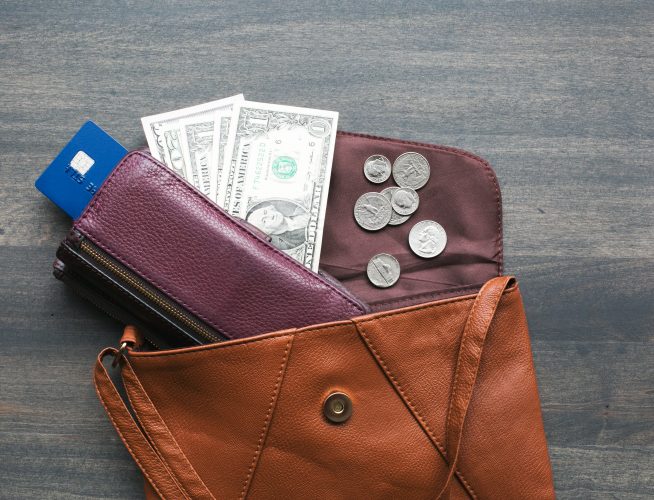 It was a tale of two Acting Directors at the Consumer Financial Protection Bureau. On November 27, 2017, Leandra English, appointed Deputy Director and de facto Acting Director by outgoing Director Richard Cordray, who was resigning, sent an email to staff thanking them for their work and wishing them a happy Thanksgiving. That same morning, Mick Mulvaney, appointed Acting Director by President Trump, was also at the CFPB offices, and sent an email to staff telling them to enjoy the doughnuts he had arranged. The message also directed all employees to ignore any directives or further messages from Leandra English. Thus began a legal battle, unresolved today, that will determine the future of the Bureau.

The CFPB from its inception has existed with its share of political controversy. First proposed in a 2007 paper by then-Harvard law professor Elizabeth Warren, the Bureau was created in 2010. The intention of the agency was not only to protect consumers seeking financial services, but also to regulate the financial services industry so that the same mistakes and misdeeds that led to the virtual collapse of the American economy in 2007-2008 would not be allowed to happen again. The Bureau was specifically designed to be an independent agency, functioning free from the political divisiveness that it is now mired in.

The accomplishments of the Bureau from 2012 to 2017 under Director Cordray are undeniable. Among them was a major overhaul of the rules around mortgage servicing, where abuses had cost homeowners not only billions of dollars, but for hundreds of thousands of them, their homes to foreclosure. Legal actions were brought against banks, credit card companies, payday lenders, debt collection companies, and others, bringing billions of dollars of relief to consumers who had been victims of financial service industry abuse. The Bureau processed almost a million consumer complaints in its first five years, and educated millions of American consumers in the area of financial services. More than one poll in 2017 has shown that across party lines, a majority of Americans think Wall Street and the major banks needed more regulations, and approved of the CFPB.

However, not everyone in Washington was a fan of the CFPB and its mission. During the presidential campaign that led up to the 2016 election, Donald Trump criticized the CFPB often, claiming that consumers and the economy in general suffered from over-regulation of the financial sector. He, and others, said the Bureau was choking the life out of financial service providers through overreach, and stunting the growth of the economy. One elected official who echoed these sentiments, and often took them further, was Mike Mulvaney, a GOP Congressman from South Carolina. First appointed, after the election, by President Trump as Director of the Office of Management and Budget, and then in November of 2017 as Acting Director of the Consumer Financial Protection Bureau, for some Mulvaney was an odd pick. Along with the doughnuts he brought on his first day on the new job, he carried several years’ worth of very public criticism of the Bureau with him. Mulvaney had referred to the agency as “sad, ”sick,” and a “joke.”  He had called on the Bureau to have less independence, and to be more accountable to Congress. He had co-sponsored legislation to abolish the Bureau altogether. Now he was to lead it.

In Mulvaney’s first report to Congress as Acting Director, he called the Bureau “far too powerful”, and “with precious little oversight”. He made several recommendations to Congress that would diminish the agency’s power, and greatly limit its independence. In his first month on the job, Mulvaney froze or greatly slowed all hiring, rule-making, enforcement and supervision activities. He began to roll back many of the consumer protections that had been put in place since 2010. He put all Bureau operations under review. Some say that the drama of Mulvaney’s rhetoric outweighs the actual impact of his actions, at least so far. When the Acting Director quietly changed the official name of the agency to the Bureau of Consumer Financial Protection, the move was largely symbolic, but displays a clear ideological shift. The Bureau hasn’t been completely paralyzed under his direction; massive lender Wells Fargo has confirmed that it is facing a fine of a billion dollars from the CFPB and Office of the Comptroller of the Currency as a result of abuses to consumers in auto and mortgage lending. This is the first enforcement action taken by the Bureau with Mulvaney at the helm.

Drama, sour grapes and doughnuts aside, there is no denying that the CFPB has taken a massive change in direction under Mick Mulvaney’s leadership. Many questions exist about the future of the Bureau. Will current critical consumer protections against fraudulent practices by financial service providers that cost American consumers, particularly those most economically vulnerable, billions of dollars be rolled back or eliminated? Will critical safeguards on the financial services industry meant to prevent another collapse of the American economy be partially, or totally, dismantled?  Will the Bureau lose its independence or cease to exist completely?

Please join agencies and consumers across the country in fighting for crucial consumer protections by reaching out to your congressperson and urging them to retain the integrity of the Consumer Financial Protection Bureau. You can use this link to identify your representative.