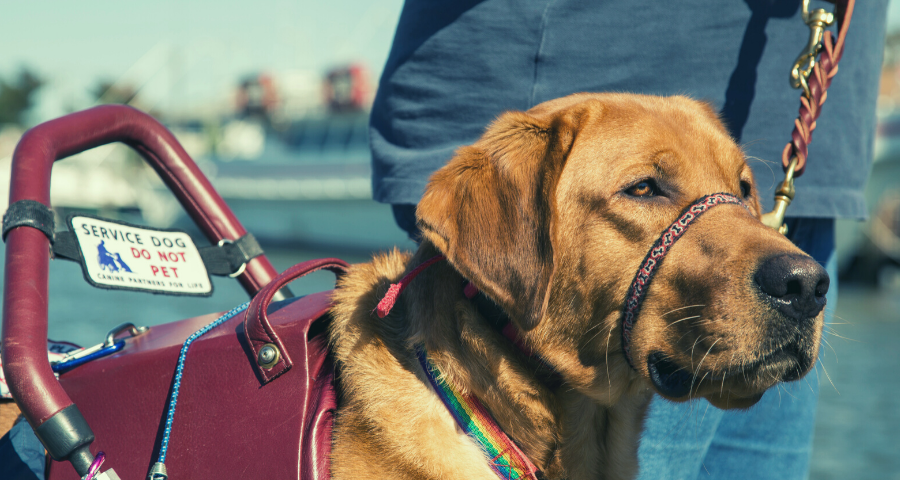 Empire Justice Center welcomes news of the settlement today of United States of America v. Gates Chili Central School District. In 2013 the Empire Justice Center filed a complaint with the Department of Justice (DOJ) on behalf of Devyn Pereira, alleging disability discrimination under the Americans with Disabilities Act, which ultimately led to the filing of the DOJ’s case. The settlement reached today requires Gates Chili to modify its service animal policy to accommodate future students who bring service animals to school, and awards $42,000 in compensation to Devyn’s mother, Heather Burroughs.

Devyn’s mother sought legal assistance from Empire Justice Center after Gates Chili refused Devyn Pereira access to school while assisted by her service dog – unless Devyn’s family paid for a full-time dog handler to accompany her daughter to school. Devyn, who has Angelman Syndrome, a complex genetic disorder, and autism, was in kindergarten at the time. Her service dog was specifically trained to detect and stop seizures, and to help Devyn move around independently. Devyn and her family eventually moved to a different school district, in part in order to keep the service dog with Devyn. Now entering 8th grade, Devyn is flourishing in a more supportive environment.

“While it may be too late for Devyn to benefit from this much needed change in policy, we know that our blood, sweat, and tears have paved the way for the families that follow,” said Heather Burroughs, Devyn’s mother. “Schools can no longer take a ‘hands off approach’ to accommodations. The United States stood firmly behind us and the settlement confirms that doing nothing will not be tolerated. Thank you U.S. Department of Justice and Empire Justice – Devyn’s voice has finally been heard!”

“People with disabilities have the right to choose how they wish to navigate through the world,” said Kristin Small, Empire Justice Center attorney. “Schools have a moral as well as legal imperative to support and uplift students with disabilities in making those choices, instead of focusing on a student’s limitations. In addition, conditions like the one imposed by Gates Chili in this case would be cost prohibitive at best, financially impossible at worst, for many students whose families could not afford to pay for a full time dog handler.”

Empire Justice Center is a statewide, multi-issue, multi-strategy, public interest law firm focused on changing the “systems” within which poor and low-income families live. Empire Justice protects and strengthens the legal rights of people in New York State who are poor, disabled or disenfranchised through: systems change advocacy, training and support to other advocates and organizations, and high quality direct civil legal representation. Empire Justice has four offices in Albany, Rochester, Yonkers, White Plains and Central Islip on Long Island.