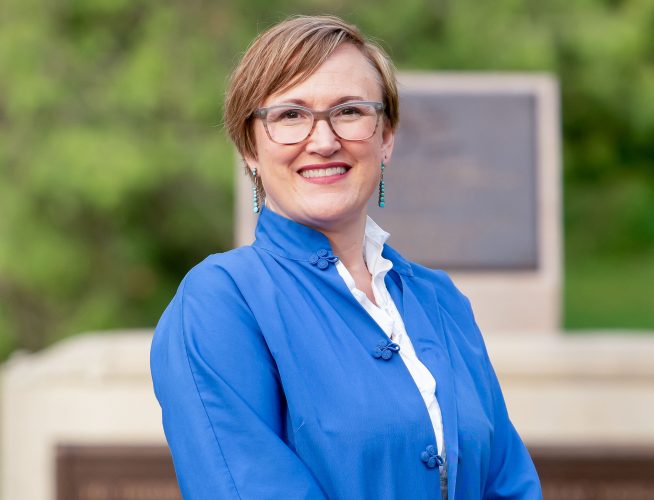 Albany, NY – The Board of Directors of the Empire Justice Center is pleased to announce the appointment of Kristin Brown as the organization’s new President and CEO. Brown currently serves as Empire Justice Center’s Vice President for Policy and Government Relations and is a member of the Leadership Team.  She will succeed Anne Erickson, the organization’s current CEO, when she officially becomes President and CEO on July 16th.

Brown was chosen after a national search, led by Board member Dr. Deborah Amory with assistance from Patricia Papp, Executive Director of Management Information Exchange (MIE) and a team of Empire Justice Board and staff members.

“We engaged in a thorough national search based on organizational priorities identified by staff members and the Board,” said Dr. Amory.  “We were thrilled when Empire Justice’s own Kristin Brown emerged as the clear leader among a group of highly qualified candidates.”

“I am incredibly honored to have been chosen to lead Empire Justice Center into the next decade and look forward to working with our talented Board and staff to pursue cutting edge legal advocacy on behalf of low income and marginalized communities,” said Ms. Brown.

A well-known and deeply respected presence in New York’s legal services community and within the state legislative process, Ms. Brown has led the organization’s extremely successful public policy and legislative advocacy since 2004 designing, organizing, and advancing the annual budgetary and legislative agenda of the organization, leading multimillion dollar funding campaigns with community partners and advancing issues that expand access to justice.

“Kristin brings a wealth of experience, a depth of commitment and a powerful vision that will keep this highly effective organization moving forward,” said JoAnn Smith, Board Chair.