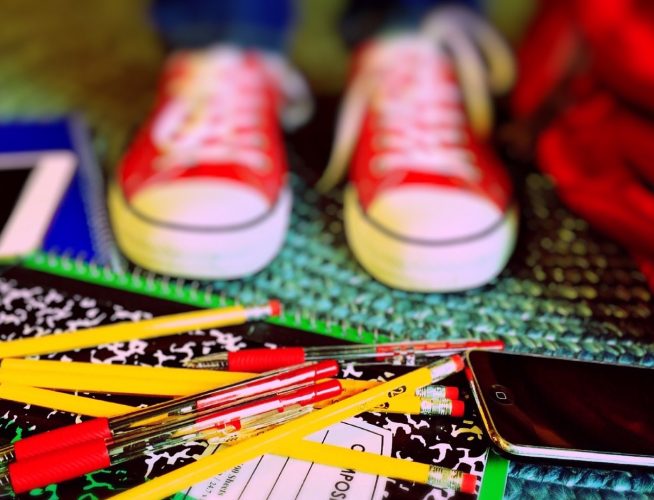 Welcome to Policy Matters – Empire Justice Center’s newsletter to catch you up on all of our policy advocacy efforts to make the law work for all New Yorkers!

Autumn is in full swing and kids are back at school – but did you know that this is the first school year since 2011 that public school students are protected from discrimination under the Human Rights Law (HRL)?

Empire Justice has been working for years to close this loophole in the law, and in April the State Legislature passed a bill (A.3425/S.4901) bringing public schools back under the protection of the HRL, which the Governor signed into law in July. The law went into effect immediately.

This is great news for students of color, students with disabilities, queer students, and other youth from marginalized backgrounds, but this will be especially helpful for transgender and gender nonconforming kids now that the Gender Expression Nondiscrimination Act (GENDA), which bans discrimination on the basis of gender identity or expression, was passed and signed into law early this year. Empire Justice is currently working with other advocates to update the NYS Education Department’s 2015 Guidance on Transgender and Gender Nonconforming Students to reflect these improvements, so students and schools will both have the tools they need to create a welcoming and inclusive learning environment.

Another Victory! Right to Call 911 Signed into Law by Governor Cuomo!

After years of advocacy from the ACLU Women’s Rights Project, Empire Justice Center, the NYCLU, and the NYS Coalition Against Domestic Violence (NYSCADV), the Right to Call 911 bill (A.2665/S.4657) was signed into law by Governor Cuomo, finally bringing New Yorkers protections from overly broad local nuisance ordinances that place housing and safety at risk.

“Residents across New York State, particularly victims of crime and intimate partner violence, should be able to call the police for help without fear that their local laws will then be used to threaten, harm or penalize them,” said Amy Schwartz-Wallace, Senior Attorney at Empire Justice Center. “‘Nuisance ordinances’ directly undermine public safety and confidence in our justice system, and we applaud Governor Cuomo for signing the Right to Call 911 into law.”

The law went into effect immediately upon signing. Thank you to everyone who sent emails of support for the Right to Call 911 to the Governor!

Read more here about how this new law will protect domestic violence survivors and crime victims.

Get Involved – Help Us Protect the Rights of Low Income New Yorkers, People with Disabilities, and Workers!

Do you want stronger protections for workers and honest businesses against wage theft? Do you want to protect disabled New Yorkers from arbitrary decisions that could affect their health, and bring greater fairness to public assistance rules? Then we are asking you to use the following links to contact Governor Cuomo and ask him to sign three critical bills into law!

Securing Wages Earned Against Theft (SWEAT) closes loopholes in existing law to help prevent wage theft and ensure that workers who have suffered from stolen wages have a chance to recover the money they are owed.

Two critical public assistance bills will greatly increase the fairness and effectiveness of public assistance rules. The Sanctions and Conciliation bill protects against inappropriate work rule sanctions by the Department of Social Services (DSS). The Treating Physician bill would ensure that if the medical diagnosis of an agency evaluator differs from that of an individual’s own doctor, the opinion of the individual’s treating physician will be the deciding factor – thus protecting disabled New Yorkers from arbitrary employability decisions.

With your help we can make these bills become law!

Another victory this session, the Tax Foreclosure Waiting Period bill, which addresses community blight, also has supporters calling for the signing of this bill into law! Senior Attorney Kirsten Keefe spoke at a press conference on the issue on August 21, along with Assemblymembers John McDonald (the bill sponsor) and Pat Fahy, Albany County Executive Daniel McCoy, and Albany Mayor Kathy Sheehan.

We submitted comments in support of updated Human Rights Law regulations that clearly delineate the protections that GENDA has put in place for transgender and gender nonconforming New Yorkers. These regulatory amendments make it clear that protections already in place will remain, as GENDA is intended to expand protections around gender identity and expression.

We are pleased to announce that Empire Justice Center and the National Center for Law and Economic Justice (NCLEJ) came to a settlement with New York State Office of Temporary and Disability Assistance (OTDA) in Brooks v. Roberts. The proposed settlement was agreed to on August 7th,, and requires OTDA clearly inform SNAP recipients in plain language if they are in danger of having their SNAP benefits reduced or terminated, clearly inform recipients of their rights and responsibilities, and make sure this information is shared in a timely manner. The Court then held a hearing on the proposed settlement on September 17, and the judge signed the stipulation and order of settlement the following day.

Meanwhile, on August 8th we teamed up again with NCLEJ to file a class action disability complaint against Suffolk County for denying accommodations and services to New Yorkers with disabilities.

Through our partnership with Pro Bono Net, NYS Office of Victim Services and the Center for Human Services at the University at Albany, our website connecting crime victims with civil legal services is now available statewide outside of New York City!

Read more about the expansion and the project here!