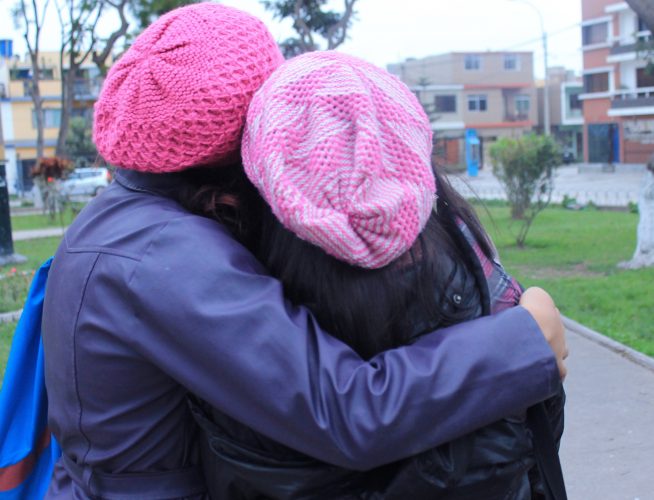 Welcome to Policy Matters – Empire Justice Center’s newsletter to catch you up on all of our policy advocacy efforts to make the law work for all New Yorkers! [read the PDF here.]

In this edition we’ll be covering a number of legislative victories for domestic violence victims, working parents, homeowners, and disabled and low income New Yorkers; giving you progress updates on some of our ongoing legislative campaigns; sharing updates on local organizing in Long Island and Rochester; and inviting you all to join us for our upcoming Celebration of Leadership!

Right To Call 911 Bill Passes! So What’s Next To Make Sure It Becomes Law?

Empire Justice Center, along with advocates from the ACLU Women’s Rights Project, the NYCLU, and the NYS Coalition Against Domestic Violence (NYSCADV), saw a major legislative win this past month with the passage of the Right to Call 911 bill (A.2665/S.4657). Once signed into law, this bill will provide New Yorkers with protections from overly broad local nuisance ordinances that place housing and safety at risk when calling 911 for help.

Research on nuisance ordinances in New York State has shown that enforcement of these ordinances disproportionately impacts domestic violence survivors, crime victims, communities of color, low-income households, and people with disabilities, as tenants are forced to choose between calling for help when they need it and losing their housing or going without emergency services which could save their lives.

So what’s next to make sure this bill becomes law? That’s where you come in.

Help support the rights of all New Yorkers by contacting Governor Cuomo at this link and asking him to sign the Right to Call 911 into law – because no one should have to choose between their safety and their home!

The Right to Call 911 wasn’t our only legislative victory this past month!

Two wins for disabled and low income New Yorkers: The Treating Physician Bill (A.4236/S.4641) and the bill to Reduce Erroneous Welfare Sanctions (A.2455/S.3840) have both passed the Senate and the Assembly! The Treating Physician Bill addresses the deeply flawed process for determining employability for public assistance recipients by requiring that the professional opinion of an individual’s own physician (who usually has been treating the same person for months, years, or even decades) will have greater weight than that of a hired agency or contract doctor who has only examined the same individual once. The bill to Reduce Erroneous Welfare Sanctions will extend the fair process for reducing all erroneous and hurtful welfare sanctions statewide.

Together, these two bills will help thousands of disabled or low income New Yorkers from having their benefits reduced or terminated due to administrative errors, misdiagnoses, and other mistakes – unfair processes that have only served to push people further into poverty, instead of give them the helping hand they need.

A Win for Working Parents: The Child Care Cost Estimation Study (A.0580/S.0245A) has passed both houses! This important bill will require New York State to implement a cost estimation study to gather the information necessary to determine the actual cost of providing high quality child care. This will provide critical information to help planners and policy makers improve child care quality and increase the number of low income children in child care!

A Win for Homeowners: The bill to Prevent Deed Theft and Foreclosure Rescue Scams (A.1408/S.6171) has passed both houses! This bill updates multiple provisions of the law to comprehensively address ever evolving deed theft and foreclosure rescue scams, which target vulnerable home owners in need of help, contributing to neighborhood blight and economic crises.

Another Win for Survivors of Domestic Violence: The Victims’ Rights Notice Bill (A.7395/S.6158) has passed both houses! This bill will update a critical tool for victims of domestic violence, incorporating many key changes from twenty-five years of domestic violence policy progress in plain language that is clear, direct, and understandable.

The Victims’ Rights Notice Bill (A.7395/S.6158) is hopefully on its way to becoming another victory very soon, as it has passed the Assembly and is on third reading in the Senate – poised to go to the floor for a vote! This bill would update a critical tool for victims of domestic violence, incorporating many key changes from twenty-five years of domestic violence policy progress in plain language that is clear, direct, and understandable.

Empire Justice Center, along with the Community Service Society (CSS) has come out in opposition to two higher education bills (S.5562/A.8119 and S.5581A) which both pertain to for-profit colleges, but will have little to no effect on curbing the negative effects from the bad players in the for-profit college industry. Only 4% of college students in New York State attend a for-profit college, but over 40% of New Yorkers in default on their loans attended a for-profit school. With the Trump administration actively rolling back oversight on the for-profit education sector, New York needs much stronger protections against the abusive practices that harm our students and service members attending these programs.

Securing Wages Earned Against Theft (SWEAT) (A.0486/S.2844) has made it through the committee process in the Senate and now the Assembly and is ready to go to the floor for a vote in both houses. We joined other advocates, and the bill sponsors, on May 21 for a press conference to call for the passage of this important wage theft bill before the end of this legislative session.

We’ve also produced memos of support on a number of other important issues moving through the legislature:

We joined a with a coalition of housing, faith, social justice and immigration leaders to rally in opposition to a proposed federal Housing and Urban Development (HUD) rule that will separate and evict countless mixed status immigrant families nationwide.

Empire Justice Center is joining other members of the Long Island Language Access Coalition (LILAC) for the 6th Annual Conference, “Building Inclusive Communities through Language Access.” This conference will address local, state and federal efforts to improve language access and inclusion and to advance justice for immigrants and people with disabilities.

A Win for Rochester City Students

Before she recently wrapped up her stint as our Hanna S. Cohn Equal Justice Fellow, Sujata Ramaiah worked to address issues related to disproportionate and unfair disciplinary treatment in Rochester City Schools, as well as re-integration efforts for students who had been put on long-term suspension. She also spearheaded Empire Justice Center’s response to a proposed Rochester City School Budget which cut funding to important positions supporting positive school climate. The cut would have had devastating consequences for thousands of the most marginalized students in that district.

We joined other organizations, such as The Children’s Agenda, as well as several thousand individual community advocates to oppose the cuts and demand  the retention of important positions and programs such as ten Restorative Coaches, five Help Zones, and twenty-eight positions in the special education department – and as a result, the community won!

A Celebration of Leadership

Don’t forget – join Empire Justice Center for our annual Celebration of Leadership event on Tuesday, June 11, 2019 at the Cornerstone at the Plaza in Albany, NY! We will be honoring our President and CEO, Anne Erickson, in honor of her retirement and more than 30 years of unwavering commitment to access to justice in New York State.

Find out more about the event, including tickets and sponsorship, here.

If you’d like to learn more about what we’re working on this legislative session, check out our 2019 State Legislative Agenda.