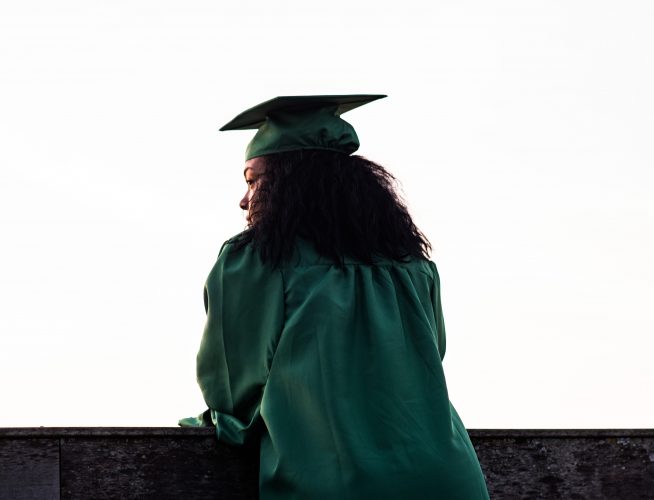 Empire Justice Center supports passage of S.5607 (Skoufis) which would limit New York State’s Tuition Assistance Program (TAP) dollars to students attending public and private non-profit institutions of higher education. Until New York State instills greater accountability and oversight of the for-profit higher education sector, New York tax dollars should be prohibited from going to those for-profit colleges which fail students while leaving them with debt they still must pay.

New York Education Law section 667(3)(a) has limited TAP awards for a long-time to public and private non-profit colleges: “The president shall make awards to students enrolled in degree-granting institutions or registered not-for-profit business schools qualified for tax exemption under § 501(c)(3) of the internal revenue code for federal income tax purposes. . .” Just last year though, in 2018, New York opened eligibility of its Enhanced Tuition Award (ETA) program to students attending for-profit degree-granting colleges, as long as the student and school met other eligibility criteria. S.5607 adds for-profit institutions to the list of restrictions under NY Education Law section 667(3)(c) to ensure TAP dollars are not going to these schools without further scrutiny.

New York opened up its ETA program through last year’s budget which passed before Secretary Betsy DeVos of the United States Department of Education announced her intention to roll-back the federal gainful employment rule (“GE Rule”) last summer, in August 2018. The GE Rule has provided a check on for-profit higher education institutions’ programs by judging whether graduates were able to attain decent-paying jobs, substantial enough to pay off the loans they had to take to attend the school. If the data showed students were carrying an uneven load of debt, programs would be classified in a zone category to warn new students, as well as states, of the hazards of the program. Programs could also be in a failing category in which case the student would not be eligible for federal financial aid to attend the program, typically shutting the program down until improvements were made.

The GE Rule has been an important benchmark to oversee schools’ programs, and provided at least a modicum of protection for students to avoid enrolling in programs that were clearly not
financially sound. It was also an important rule for states to be able to rely on to ensure the worst bad actors of the for-profit sector would be shut down. With the GE Rule not being implemented by the Trump Administration, states are now left with little to no federal oversight of for-profit colleges. With this void, it is imperative that New York State step up its policing of for-profit colleges before any further state tax dollars are handed over to schools that are in it for the profit and not for the students. It is also the responsibility of the State not make sure students are not mislead to think that eligibility for a state grant means a stamp of approval for the school.

There are currently eight for-profit schools on the approved list to receive state tax-payer dollars through ETA in New York State that were once better regulated under federal law and regulation. The New York State Comptroller’s 2016 report, “Student Loan Debt in New York State” found that within three years of graduation, students who attend for-profit colleges are three times more likely to default on student loans compared to students who attend private nonprofit colleges.1 Further research of publicly available data found that by ten years out, nearly half (47%) of students who attended for-profits are in default. 2 These rates are unsurprising given that the same research found that for more than a third of for-profits schools in New York (38%), a majority of the students end up in jobs making now more than the average worker with a high school diploma. 3 New York State has a responsibility to ensure its tax dollars are not going to the profit of schools that ultimately disadvantage lower income New Yorkers.

For these reasons, Empire Justice supports passage of S.5607 this session.