The Community Reinvestment Act (CRA) is intended to encourage depository institutions to help meet the credit needs of the communities in which they operate. The CRA’s “sister” legislation, the Home Mortgage Disclosure Act (HMDA), is intended to provide the public with mortgage lending data to help determine if financial institutions are serving the housing needs of their communities. Empire Justice provides analysis of any changes to these laws or their regulations, and provides research and analysis pertaining to CRA and HMDA data, including commenting on bank CRA exams. 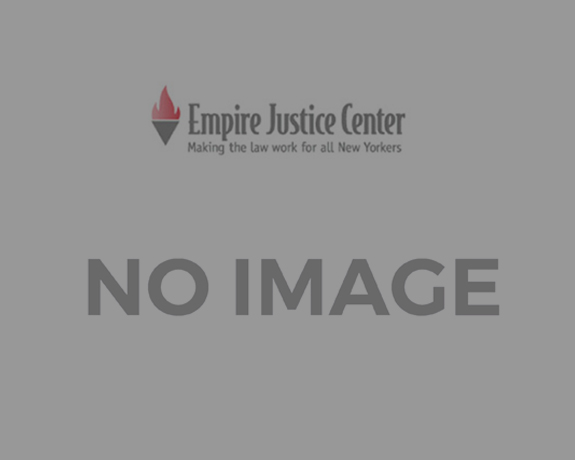 On October 20, 2017, The Federal Housing Finance Agency (FHFA) announced its decision to add a preferred language question to the redesigned Uniform Residential Loan Application (URLA) by the end of 2017.

One of the more notable, though less noted decisions coming out of the U.S. Supreme Court in the past week was its ruling on June 25, 2015, to uphold the long-standing tenet that the Fair Housing Act prohibits policies that have a discriminatory impact, even if the discrimination was not intentional.

PRESS RELEASE: In the Eye of the Storm: Why the Threat of Foreclosure Damage Continues

VIEW MORE INFORMATION ON COMMUNITY REINVESTMENT ON OUR RESOURCES PAGE

PRESS RELEASE: Empire Justice Is In Solidarity With Black and Brown Communities

Welcome to the May edition of our newsletter, Policy Matters. A lot has happened since our last edition, which came out in early March, just as COVID-19 was beginning to first show up in New York. Empire Justice spent the month of March, as many of us did, trying to pivot to a new normal while keeping our organization on track. This edition we’ll be filling you in on what some of that work has looked like.